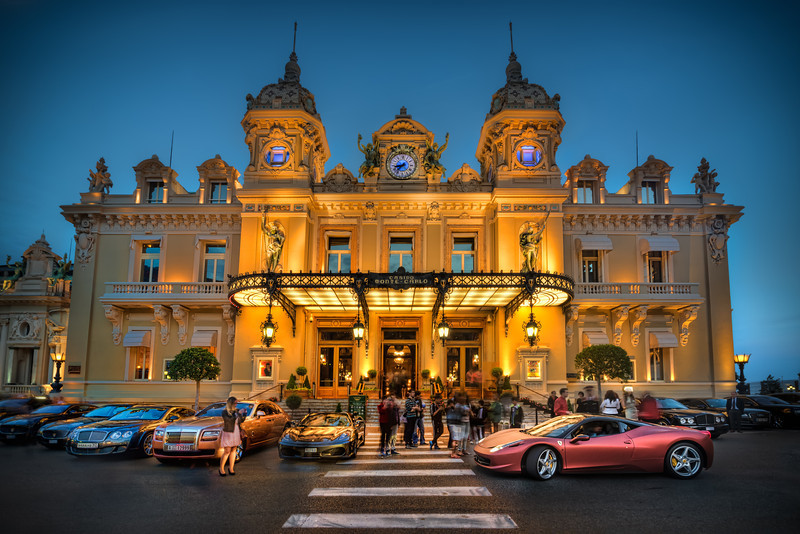 I often hear someone saying about my photos “Usually I do not like HDR photos, but I this one I like. You have not overdone it.” This kind of comment of course makes me happy; who doesn’t like to get appraisal of ones work? But I also think to myself “You should know how much I have treated this photo – this is HDR extreme!“.

I have heard it so many times, that I have started thinking about, what it is that people “who don’t like HDR’s” don’t like. Because, clearly, it is not the HDR they don’t like. It must be something else.

I believe that one of the things they don’t like, is when the HDR photos are badly processed. If you want to make great HDR’s, there are some rules, you have to oboy, no-matter if you are doing extreme HDR’s or more natural looking HDR’s.

Tip #1 Do not have halos in your HDR’s

Halos tells that you are not very good at processing your photos – or at least sloppy about it. Halos can in some cases be really really difficult to fix. But in most cases I find it easy, to moderate easy. The problem usually comes, when you start boosting your effects. 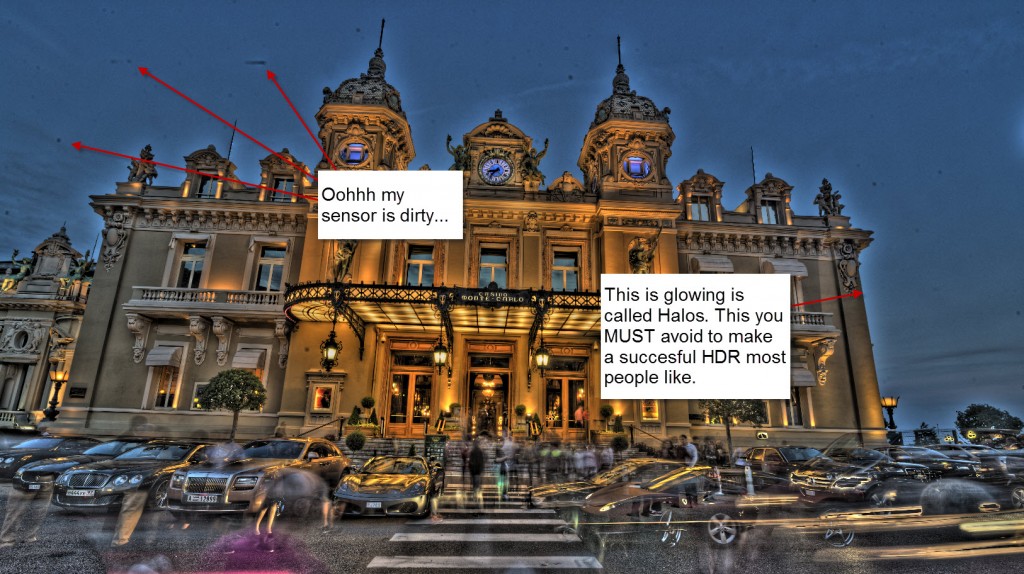 Learn to control your boosting of effects. Do not apply the strongest effect you possible can. Do go either one step at a time or do it more moderately. It is not a competition of going most extreme. It is all about making an awesome photo. This is NOT awesome.

You can do almost anything with your HDR, go lightly, extreme etc. Just do not have halos!

Check out my HDR tutorial to see how to remove halos. And here you will also see how to use effects selectively. One of the most important rules, is that you don’t have to use an effect globally in your photo. If the effect only improves 10%, of the photo, by all means, only use it in 10% of the photo and throw away the rest.

Tip #2 Be there at the right time

I am not a great fan of daylight HDR’s. Yes, often you do have a very high dynamic range in the middle of the day, and you can only cover it using HDR technology, but you usually do not get the coolest photos. Yes, you can usually hand held the camera, because there is much more light, and therefore the shutter speeds will be much faster, but it shows in the final result.

This is 20 minutes difference. Do you agree, it was worth waiting for those 20 minutes? And it is not only the much cooler car, that does the trick. It is the light.

The timing goes for all photography really, but HDRs kick in the turbo, when it get’s low light.

If you already have learned to accept tip #2, then do not be tempted to shoot with out a tripod. If you do not use a tripod, you will have to compensate in other ways. First you will open your lens to the lowest f number and will end up at f/2.8 or f/3.5 or whatever your lens supports. Second, you will get longer exposure times, and when they get so slow, you can’t keep the camera still, you will increase the ISO.

A nasty side effect of making HDR’s, is the noise. It kind of comes with the concept, because details are enhanced. Some HDR products are better at handling the noise than others. And you can do a lot with noise reduction, but still… You loose quality and details.

The only way around it, is to use a tripod and have those longer exposure times, too keep the ISO as low as possible.

It took some convincing for me to use the tripod … always! And I felt stupid the first times I used the tripod among people, but I have learned, that you gain respect. And whenever you put up the tripod, people stop up, and take the “same” photo using their cell phones.

Fix your ISO to as low a setting as possible – do not use auto ISO! You will get far too much noise in the bright exposures.

Always use fixed aperture mode (A or Av depending on the brand) when you shoot your bracketed shots. You can also do this in manual mode, but I only use manual mode in extreme cases. If you using aperture mode, you will be just fine in 99.9% of all cases.

A scenario you could end up with, is that the dark -2 exposure might be tack sharp, because it has the lowest aperture (highest number), and largest depth of field.

Three photos with changing Aperture you can not blend. They are not identical and the result will not be good.

Use a timer or remote control

Use a remote control, cable release or a timer to set off the bracketed series of photos. If you touch the camera, the photos might be shaken.

Tip #5 remember to check out your histogram.

If possible at all, make sure, that you have all light covered. The reason why you are shooting more exposures in the first place, is to cover all light, from the darkest shadow to the brightest light source. And if you miss out, when you are doing the bracketed serie, you are not much better off, than you were in the first place with only one photo.

Check your histogram on the cameras playback function and check that you have all light covered.

Some situations are harder to cover than others, and might require more shots than others.

Some of the more difficult ones, are city night shots or shots having the Sun in the frame. Many of my city night shots, I often cover from -4 to +4 to get all information from the darkest shadows to the brightest light bulbs in the street lamps.

I shot this photo in front of Monte Carlo Casino in a wild crowd of people with cameras. I only got four of my 5 planned shots, because a guard noticed my tripod. He was a senior member of the tripod police, and certainly did not like no tripods. I did not enter a discussion about, this being a public square, because I knew I had covered the light well enough, and got my cool car. I packed up my tripod and left the location happy.

What I did, when I shot the serie, was a bit unusual, because of all of the crowd and the many cars passing by. I very carefully broke with my tip #4, and pressed shutter release manually for each exposure. Looking carefully at the scene for each photo. This way, I got my cool car, and made sure that I had photos with no people in more or less all parts.

As you can see, it was quite a challange because of all the people and cars.

Another problem was, that I had positioned the camera for the pedestrians crossing instead of the Casino. This was a bigger mistake than first anticipated. I ended up spending quite some time correcting the perspective. It wasn’t easy.

Removing the people required a very delicate mixing of the layers in Photoshop, and then some cloning too. But I ended up with a fairly clean photo.

When my photo was clean, I started to apply my effects on the lower half of the photo. The casino itself is HDR, but the rest is a handful of effects from various tools.

2 thoughts on “5 easy steps to improve your HDR photography”