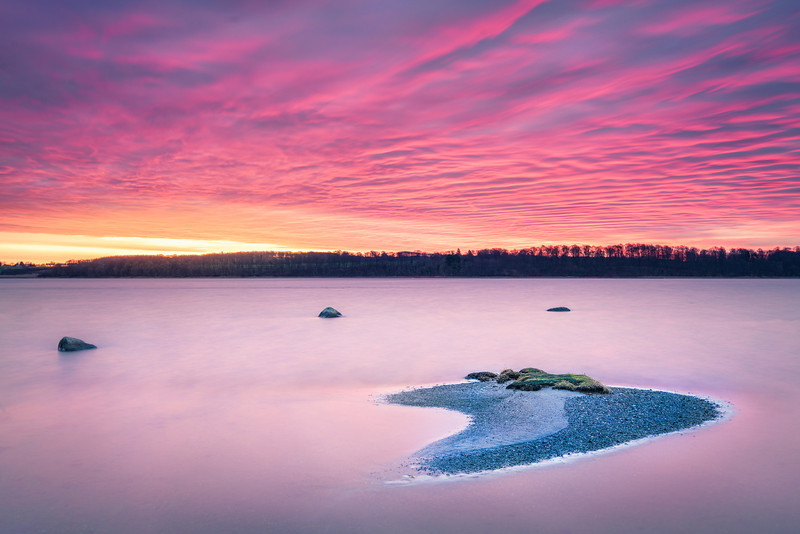 Do you know the feeling? You think you nailed the composition, and the light was just perfect, and the clouds were gorgeous. You’re convinced you have just got a great shot. You hurry home to unload the memory card, but when you see the photo on the computer screen, your excitement drops to a point way below zero. The foreground is unfocused and there is no way, that you can save it.

I still get into that situation from time, in fact it happened to me yesterday. And it really was sloppiness, that was the cause. I didn’t pay enough attention to the little voice in my head, saying “The f-stop is probably not right”. I should have listened to it!

This is my sharp stone: 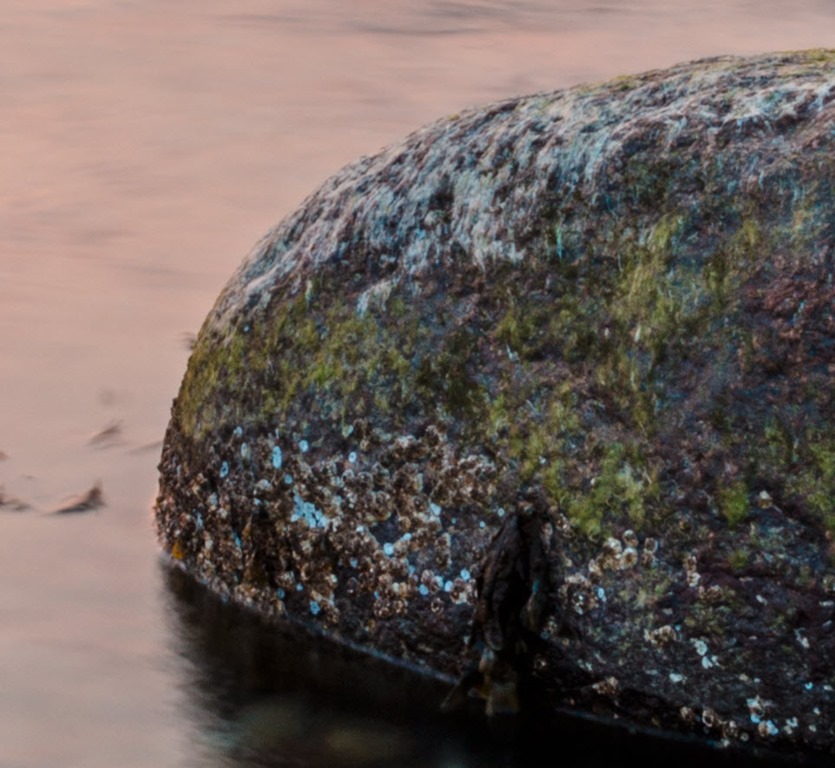 And this is my unfocused stone: 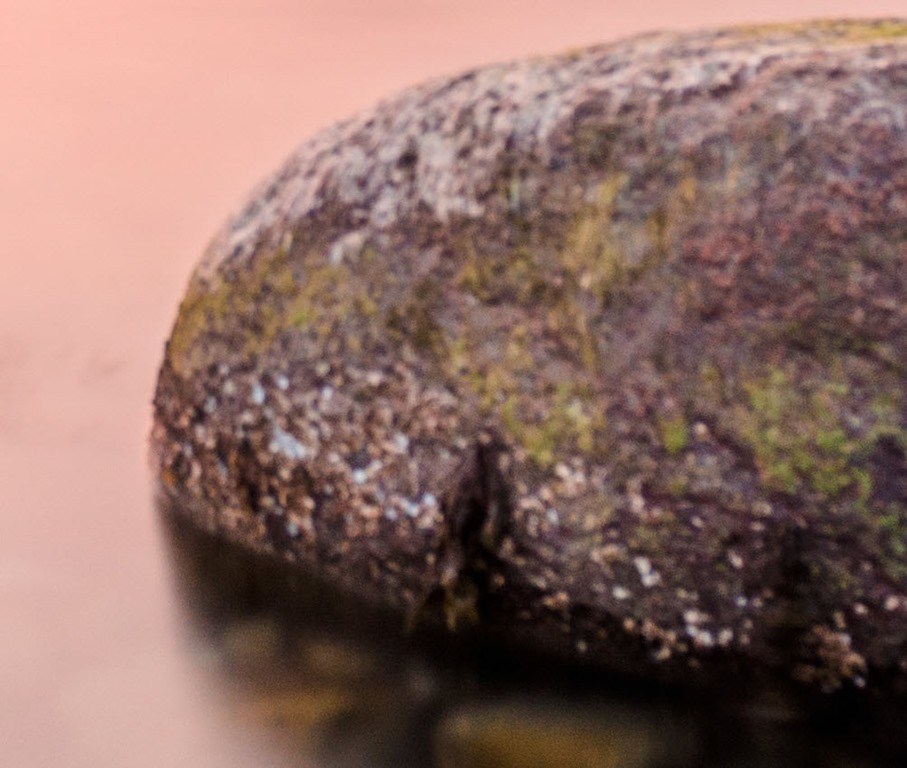 Let’s break it down into one step at a time, and analyze what I did wrong.

I was down on the beach. The sun was setting and the water was very calm, almost smooth. I decided to put on my 10 stop filter to make it perfectly smooth.

I had to focus, before putting the 10-stop filter on, because I knew everything would turn black, when I put it on, and focusing would become impossible.

I composed my photo and started to focus. I almost always focus manually, it took some training to learn to get sharp photos. The technique that I use, is that I start by focusing on the background, and then I dial the focus ring, until I can see the background starts to get blurry. I do this several times, before I am sure that I get the put, just before the background gets blurry.

This point, will give me a sharp background, and as much sharpness to the foreground as possible. What I have really done, is to focus, at something between the camera and infinity, and It’s called the hyper focal point. It is the closest point to the camera, that you can focus, and still get a sharp background.

I then took a couple of test shots more, to adjust the camera, to get a well exposed long exposure.

I started out at f/22 without the 10-stop filter, and I ended up at f/5.0 with the filter attached. That gave me a 30 second exposure, the longest I could get, without a cable release, and with a perfect histogram. And I shot my shot.

What did I do wrong? The first test shots were tack sharp, but not my final shot.

The mistake I made, was changing from f/22 to f/5.0, without considering the consequences. What happened was, that the hyper focal point moved 9 ft! What I in reality had done, when I focused, was to focus at a hyper focal point 3 feet away, at f/22. This gave me sharpness from 1,4 ft to infinity.

The closest point of sharpness, moved from 1.4 feet to 6 ft. The nearest rock was at a distance of 3-4 feet from the camera. In other words, it was no longer in the focused distance, and that ruined my photo.

Here’s a table of hyper focal distances. I have marked the change I did when I adjusted the camera:

Had I done the same adjustment at 14mm, the change wouldn’t have been as grave, because I would have worked at much smaller distances.

What I should have done, was:

So, the immediate conclusion is, that the longer focal length, the more you have to be aware of the f-stop.

Landscape photographers, using a camera with a cropped sensor, actually have an advantage here, because a typical extreme wide-angle lens would be something like 10-20mm corresponding 15-30mm on a full frame sensor (if this is nonsense to you, you might want to read about cropped sensors in this article).

You might want to read this post on Lens Diffraction too, because at f/22 you also get problems with sharpness. This I learned after writing this article.