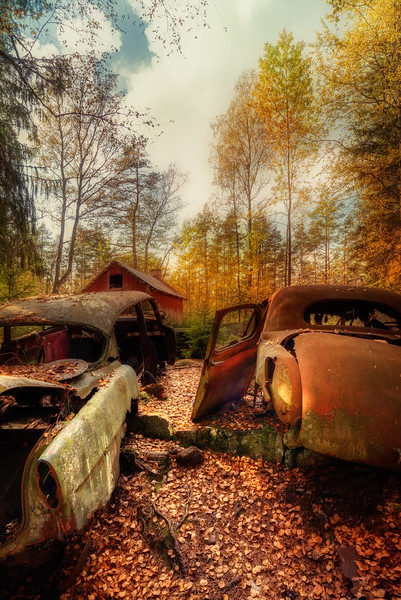 The Orton Effect is named after photographer Michael Orton, who invented the method back in the 1980’s – that’s in the film era, but you can apply it to digital photos too. It’s like digital magic. And digitally you can even control it much better and easier than you could in the old film days.

The Orton effect applies a magical soft and dreamy look to your photos, you could call it Glow. It has a softness to it, and yet it remains a sharp photo, if zoomed in.

The junk yard photo above, has Orton Effect applied in the trees and the leaves, and the tree below also has Orton Effect (click to see larger version). And as you can see, it is both sharpness and unsharpness at the same time. That is what gives the magic dreamy look.

It really can be that piece of digital magic, you add to a photo, that makes it really unique and special, but you must use it with care. I fairly often use it (or one of it’s sisters – which I describe later). I use it in perhaps 20% of my photos, but I only use it selectively and sometimes even only in very subtle ways. If you compared to a version without, you would be able to see the difference, but otherwise you wouldn’t notice it, because I use it with care.

This is the final version of the tree from Wanaka in New Zealand, and it has one of the strongest uses of the Orton Effect I have ever used: 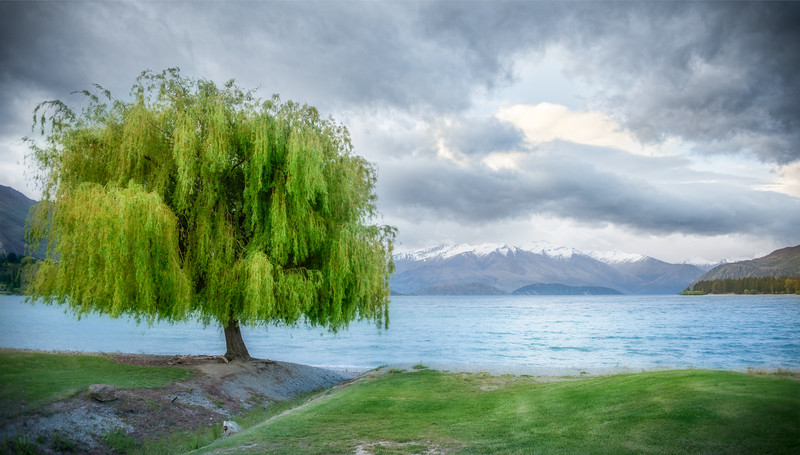 How to make the Orton Effect step by step

There are some requirements for making the Orton Effect, and these are:

Step 1: First open your overexposed photo in Photoshop or Gimp. Duplicate the layer twice, so that you have three layers with the same image.

Step 2: On the top layer you have to change the Blend Mode to “Multiply”.

Step 3: The second layer must be out of focus, that is you have to blur it. You use Gaussian Blur to do that.

Step 5: Try moving the slider between different pixel levels. As you can see in the preview, the Orton Effect changes, as you change the blur levels. It changes quite a lot.

There really are no rights or wrongs, just different effects, and you pick one that you like.

Step 7: Don’t always use the same blur level, experiment for different effects, before picking one. 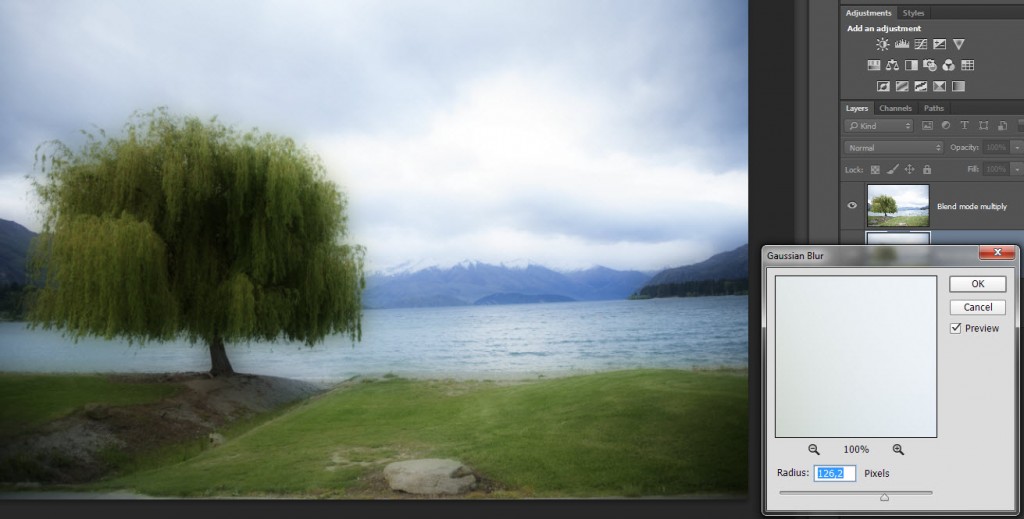 Step 8: Merge the two layers forming the Orton Effect into one layer, that makes it easier to work with.

You can merge the two layers by selecting them and pressing CTRL + E or selecting it from the context menu.

Step 9: Using the effect globally is generally not a good thing and by merging the two layers, you can add a layer mask, and the mask in what you like.

Create a black layer mask to hide the layer. This allows you to paint in what level of “Orton Effect” you want to apply in your photo, and more important, where to apply it.

Step 10: Using the brush tool (read about layer blending here, if it’s new to you) you can paint in what level of Orton Effect you want in your photo. As you can see I only use it selectively.

The Sisters of the Orton Effect 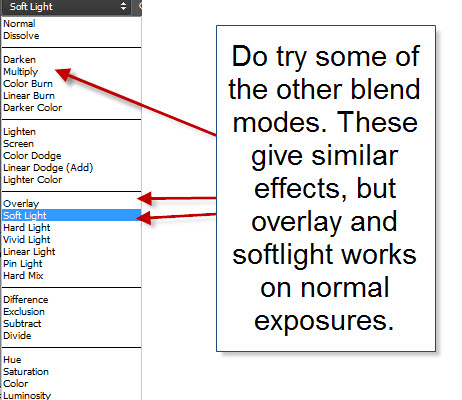 The advantage of using the Soft light and Overlay is that you can easier stick to your ordinary exposures.

As you can see, you still end up with a a nice and glowing images, that has a dreamy touch. This is Soft Light:

And this is Overlay: 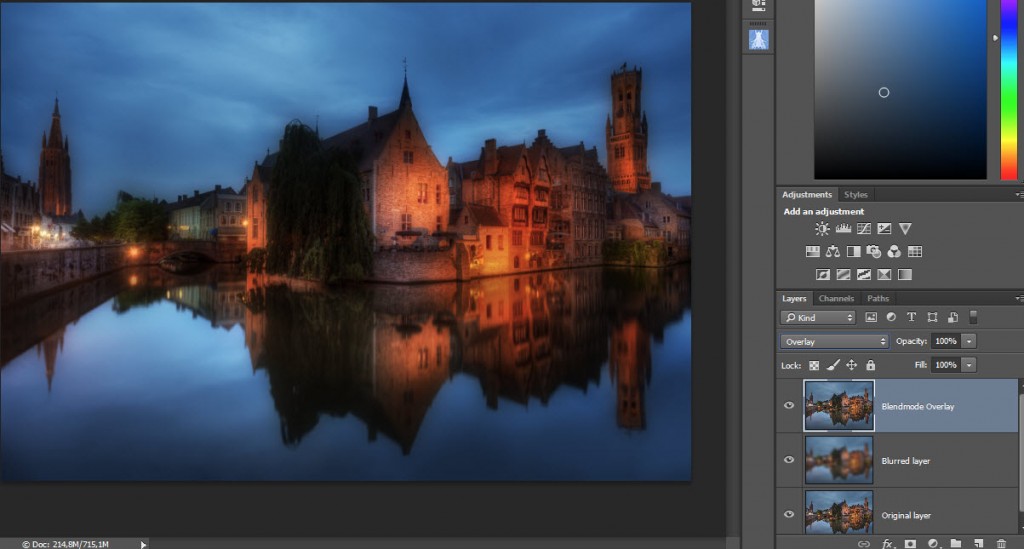 As it happens I often end up using either blend mode ‘Soft light’ or ‘Overlay’, rather than ‘Multiply’ because it works better with normal exposures, and therefore is easier to incorporate in my existing processing workflow. Or maybe I am just lazy.

Changing the Exposure to Overexposed

It’s really no big deal to make an over-exposed photo artificially. In Lightroom there is a slider for it, and you can make a virtual copy of the normal exposure, increase the exposure of it and export it along with the normal exposure. 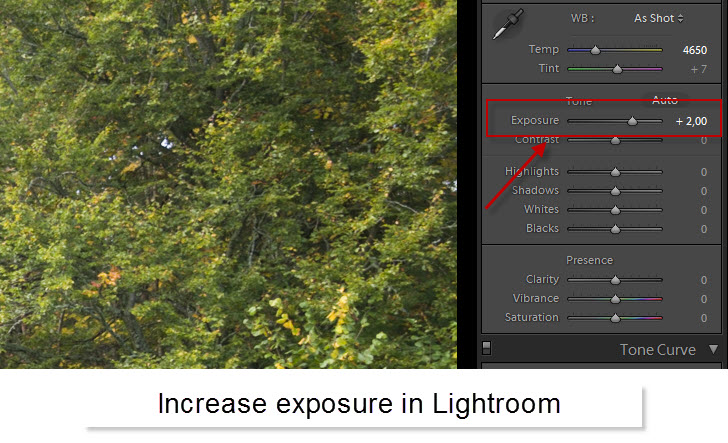 And in Photoshop you can add an Adjustment Layer for exposure, and do the exact same thing. And if you duplicate your layer, and merge the Adjustment layer to the duplicate, you will have both the normal exposure and the overexposed as two layers.

Adjust the exposure to overexposed by 2 stops. 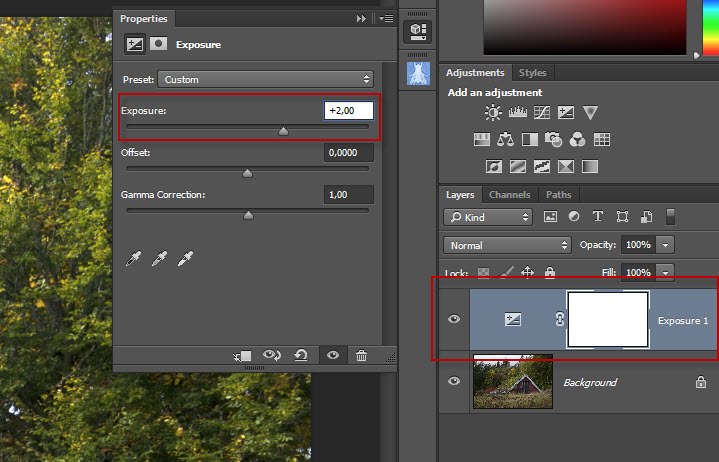 And then you can do the Orton Effect easily:

Enjoy using the Orton Effect or one of it’s sisters, but remember, to use it with care. Too much of everything is not great.