Are you an artist or photographer? 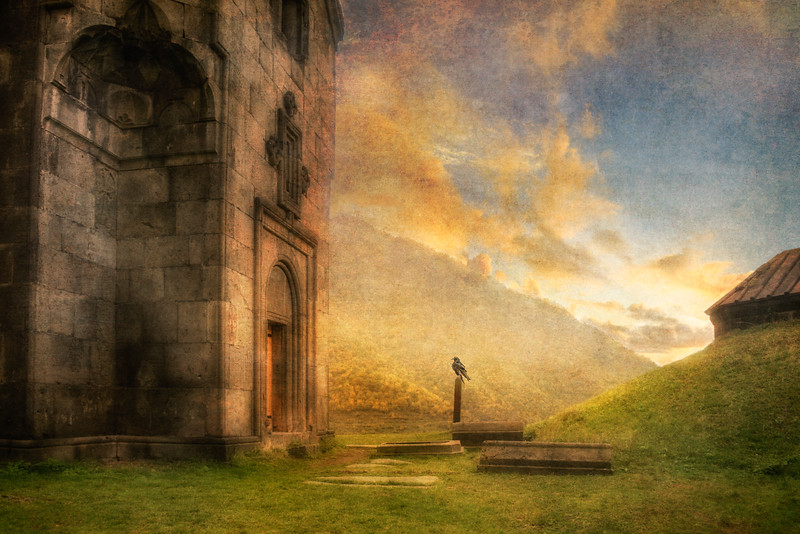 The Monastery of Haghpat is a UNESCO World Heritage site in Armenia worth a visit.

Over the past six months, I have thought a lot about, what it is that I do with my photography. What is it I like to do? And what I don’t like to do? My available time for photography is limited, and I want to spend my time on the right things.

I have to admit, that I love the post-processing much more than the actual shooting of the photos. And when I shoot, I am looking forward to the post-processing. This has become more and more clear to me. A logical consequence of that is that I put time into learning new and interesting post-processing techniques, and combining them in new ways.

I once asked a professional traditional landscape photographer, if he considered himself a photographer or an artist. He promptly said ‘Photographer’, and then I asked what the difference was, and the answer to that, was somewhat more unclear. My conclusion was that he ‘felt’ a photographer because he recorded reality, as real and natural as possible.

When I started out, I asked myself a similar question: ‘Am I an artist? Or am I a photographer?’ and then the next question was, ‘What is an artist, anyway?’

I have come to the conclusion that I am an artist without a doubt. Why? First of all, because I feel that way, but also because I try to make something that I like, from the components I have. I try to carry an image, to where my imagination can carry it, and to the extent of the potential of the image. The components I have at hand are my RAW files, Lightroom, Photoshop and various other tools and techniques. Some photos have much more potential, than other photos. The ones with a lot of potential in the creative sense are the photos I like the most.

I create an alternative surreal reality, rather than record reality. I am no documentarian. I do what I do, because I like to do it that way and pay no heed to what reality looked like. And that is the essence of why I feel that I am an artist.

Many photographers, don’t like what I do because I manipulate my photos, but to me that isn’t important. I do what I do, because I love to do it, not because somebody else should like it. Does anyone happen to like it, I am just more happy.

About this particular image

I felt particularly artistic when I made this photo. The vision of this final image evolved as I worked on the image. The initial image, of Monastery of Haghpat, had an almost blown out sky and lacked the warm feeling. I did, however, like the composition a lot.

My first idea was to find a sunrise or sunset photo, having clouds in the shape of a bow, like the arrow, suggests. 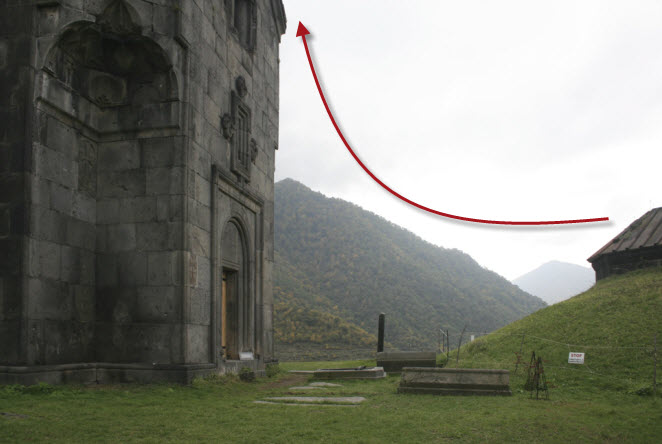 I found this image, which I flipped to match the curve: 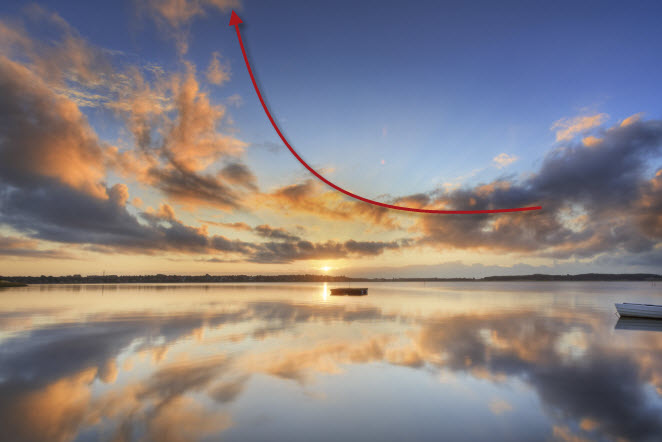 When I had merged the two, an idea began to form itself. The light from the two didn’t fit too well. I then applied textures (read about applying textures in this blogpost) to the image, which brought the warm feeling to the monastery and gave a more homogene warm feeling to all over the image.

I cleaned up the image. Removed the dead pigeon, and the fencing, etc. Cleaning up is an important step, and you will be amazed how much you can change an image, just by removing irrelevant stuff in your image.

I still had the feeling, that I was missing something, and I began looking for birds and found this one from Grand Canyon. I flipped it, to look at the entrance. 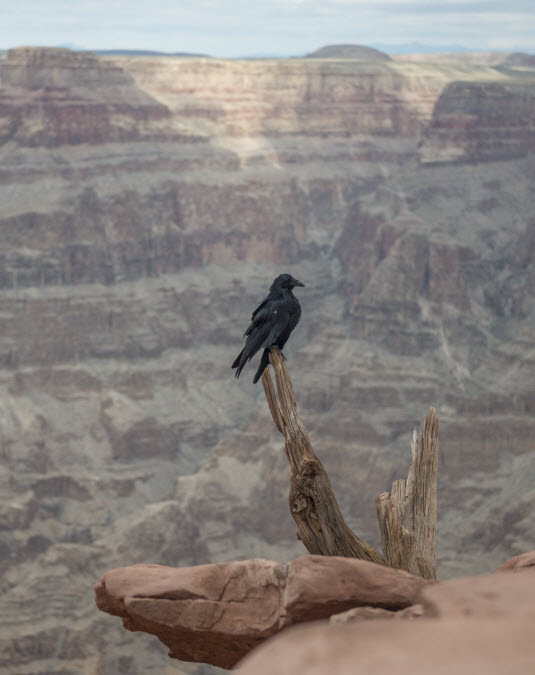