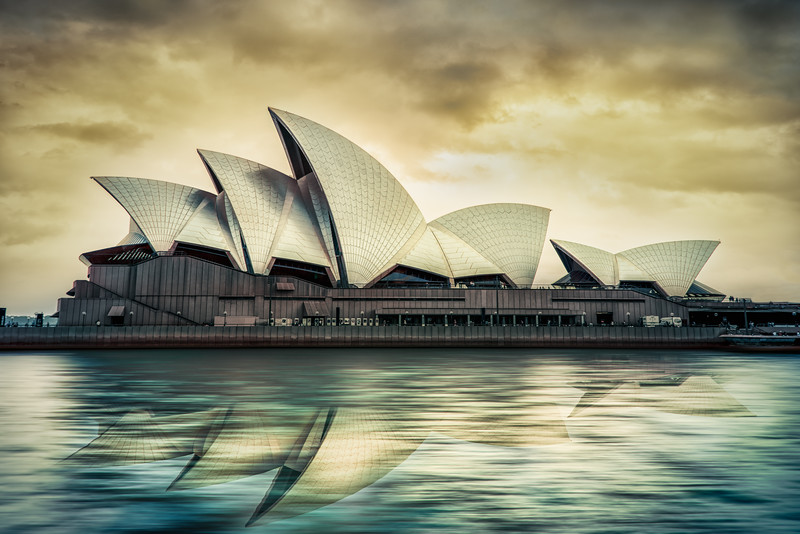 It’s been a bit quiet from me for a while, I have been busy working on my portfolio book. Finally, it is ready, and I am pretty with it. There is both a book version and an e-book version available right here. The e-book is only $9.99.

Over the next period, I will post all of the photos in the same order as in the book.

There are so many great angles to shoot the Sydney Opera House from, but unfortunately also terrible many people hovering around the great landmark. I had about half an hour to shoot photos, and one particular couple stayed right in the same spot for at least 30 minutes. They are on all of my photos…

The boy is my 12 year old son playing with his Diablo. I took many photos of this scene, because I had to “capture a moment” and you rarely get that in one single shot. However in this shot, where I feel I did capture the moment, was a guy in a red t-shirt passing behind and the couple of course was there too. But by using one of the other images I could remove the guy in the red t-shirt, however, the couple I had to remove using the Clone stamp and healing brush in Photoshop.

Removing large areas with the clone stamp can’t be perfect, because you have no way of knowing what is behind the area that you remove, but with a careful hand, you can reconstruct something the eye accepts. And it is about deceiving the viewer. The viewer must not notice!

This is the original unprocessed photo shot with a Nikon 28-300mm lens on my Nikon D600 camera. I do like the D600, despite the dust problems, because it takes fantastic photos and does 5.5 shots pr second, which is good when you want to capture a moment. 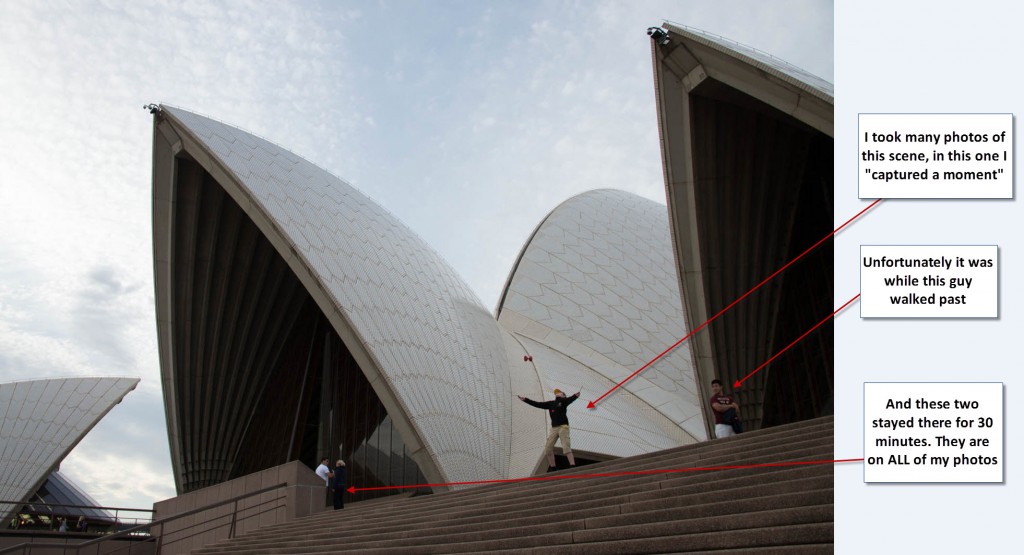 The photo below I used to remove the guy in the red t-shirt. I used the same Lightroom processing, to make the images have the same mood and colors. The final Image I have processed a little bit more to get the final result. 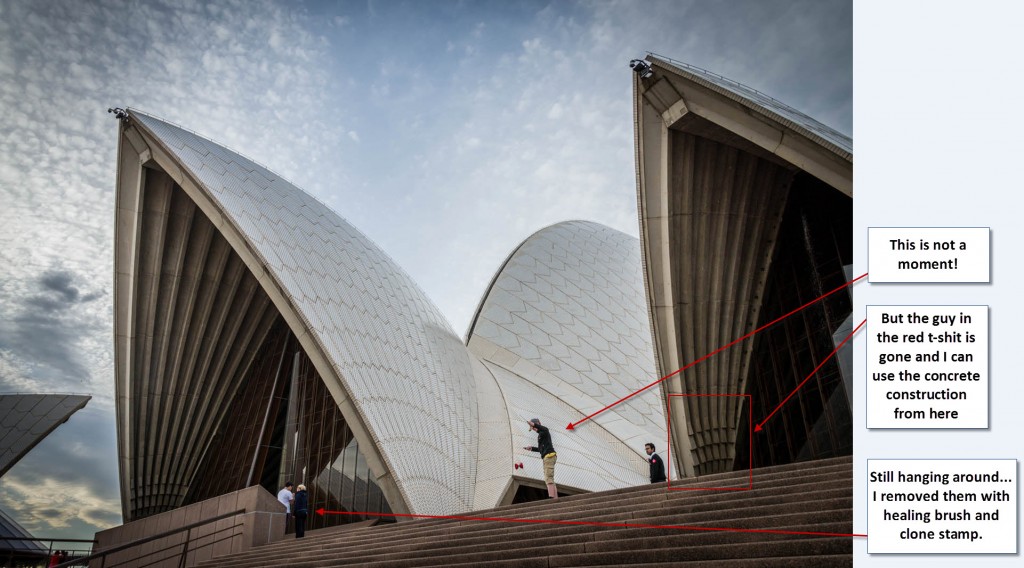 And what is the result of the healing brush and clone stamp removed people – not like they never existed, but good enough to deceive the viewer: 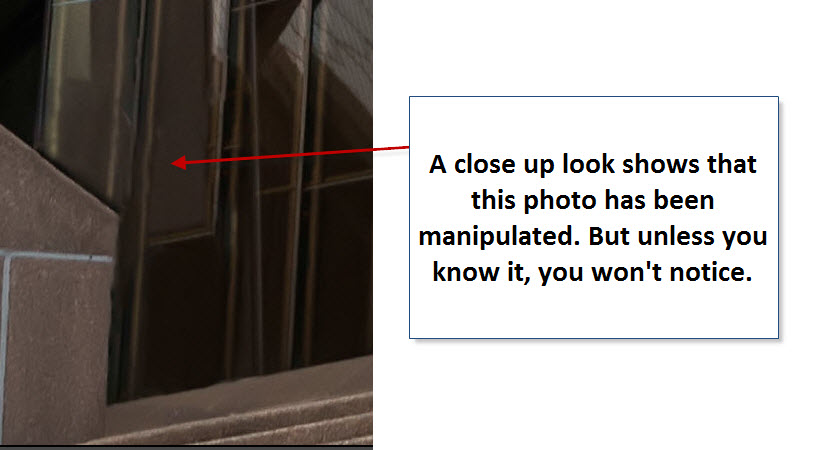 Going somewhere? It is from Sydney. Sydney has a great skyline and you can do all kinds of wonderful stuff with it. I got inspired by something I saw, shooting straight into the air with a wide angle. It really does things to the sky scrapers. I then added a little speed.

This is a 4 shot HDR – the fifth was shaken. I sat on the ground and shot straight into the air between some wooden pillars. I then did a standard HDR from 4 out of 5 shots, using Photomatix Pro.

I then imported the HDR and the 4 shots into Photoshop as layers, aligned the layers (because it was hand held). I blended a little, but not much. I then merged all layers to one layer. Duplicated that and used the filter radial blur, with a small setting, blended that in closest to the middle of the image and then I did another duplicate, and did another radial blur with more effect. That I blended in all around the edge. That made the strong effect of speed up into the air.

At last I did an additional Topas Adjust just to make it pop a little more, but I guess I could have done that with curves and vibrance too.

This is the Queen Victoria Building in Sydney. It is a Mekka for photographers. It is very beautiful with all it’s tiles, skylight roof and 100s a small shops with all kinds of goodies. They even have a couple of danish specialities. And then they have these two great watches hanging. This one has got a small ship going round and around. It is on the right hand side on the photo.
I found the building by using Stuck in Customs iPad app Stuck on Earth. However I had only just entered the door and touched my tripod, when tripod police showed up and said ‘Sorry – no tripods’. Damn… So I had to my shots hand held, which not too big a problem on this one, because of the railing, but other ones were bad.

Sydney Grand Harbour View seen from Hotel Shangri La. Taken on the day I arrived tired to the Hotel. I’m glad that I took the photos the first night, because for various reasons none of the next three nights were as great as this night.
Sydney is a great city, that I would have loved to spend more time in.