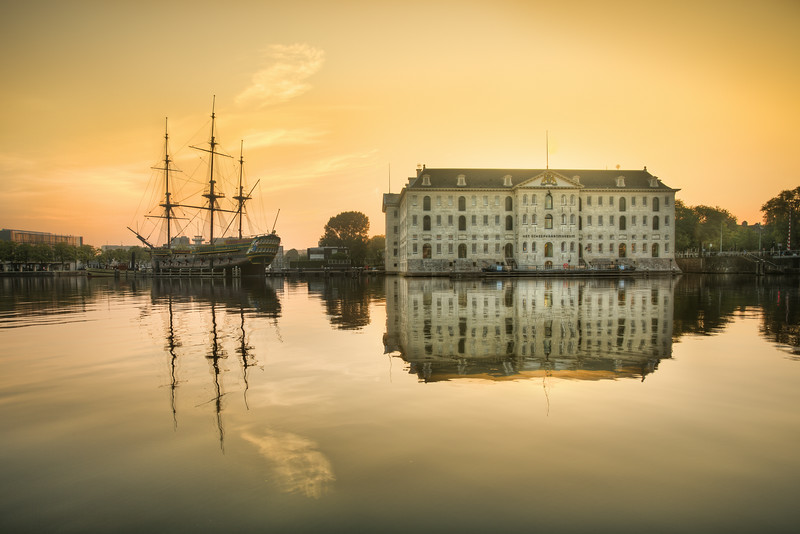 This is the fourth article in my series of articles on getting a better and deeper understanding of HDR photography.

If you haven’t read the previous articles, you might find them interesting too before reading this one.

Is HDR the same as tone mapping and vice versa? No, it is not. However, it is two terms that people often confuse with each other, and it is quite important to get a grasp on which is which, if you ask me.

In Part II about the Dynamic Range I said that a High Dynamic Range photo, is a photo that is merged from several different exposures into one final photo. This way you extend the cameras natural dynamic range and get more detail.

People with some knowledge of photography, will often recognize an HDR photo, as being an HDR photo. But what they recognize is really something different, than the fact it is an HDR photo, if by HDR, we stick to, that it is several photos merged into one.

What people recognize is a certain method of post-processing called Tone Mapping. Most HDR software includes a tone mapping algorithm, and automatically apply it, after merging the photos into the HDR photo. Maybe this is the reason for the confusion.

When you have shot your three bracketed photos of let’s say -2, 0 and +2, you merge them together, and you get a 32-bit image instead of three 16-bit images. As you can imagine, this takes up quite a lot of space and even worse, you can display it properly. Very strictly speaking, this is the HDR image, and you can’t even see it properly. Your monitor is not designed to display a 32-bit image and you need to do something to it, before you can see it.

To be able to display the image properly, an algorithm is used to map the tones from 32-bit, to something you can display, like a 16-bit image. And this is called tone mapping and strictly speaking this is no longer the HDR image, but is a 16-bit interpretation, but it still is loaded with lots of information. 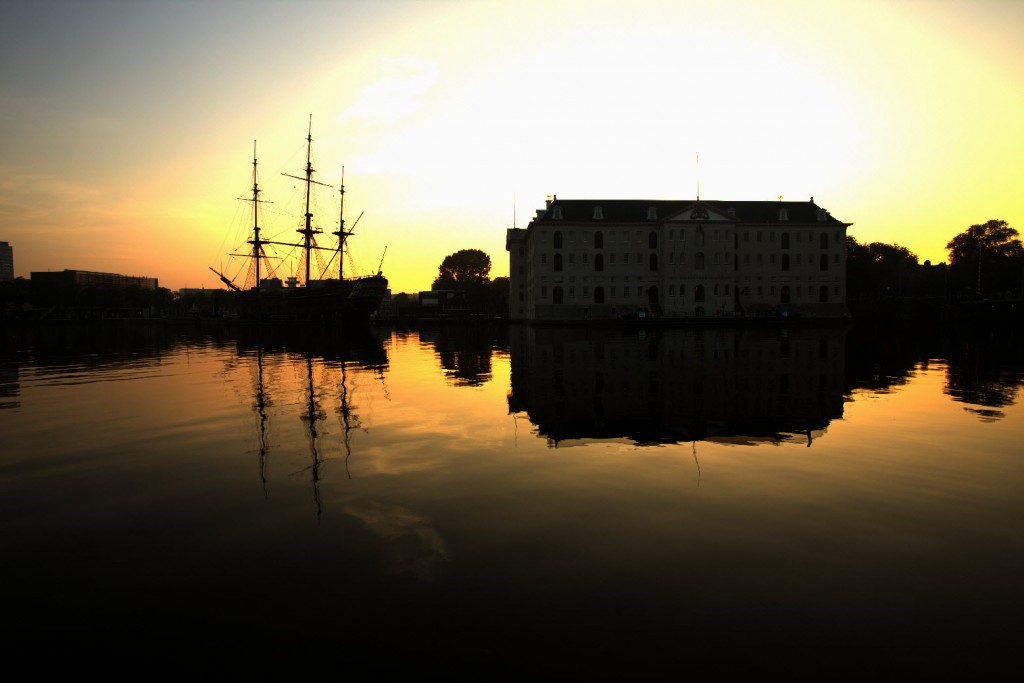 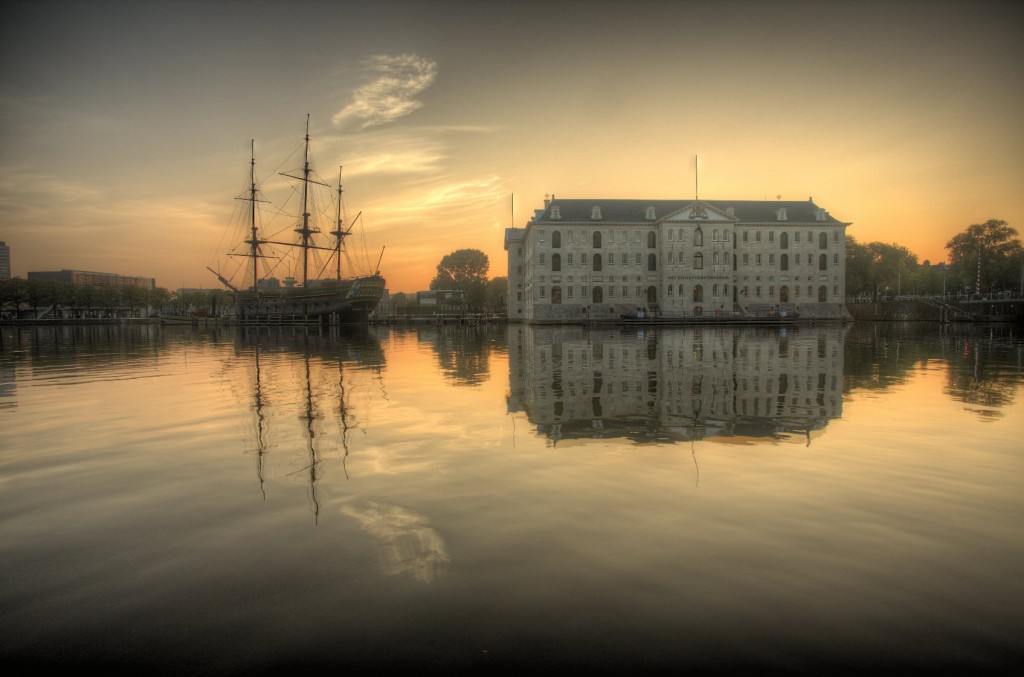 Because it is impossible to show the 32-bit image, it is only natural to bundle a tone mapping algorithm with the HDR software, for which reason you find a tone mapper in virtually any HDR software.

One of the problems with tone mapping algorithms, is artifacts, and you rarely can use them as final photos. It is only one step of the way to a final “HDR photo”. I put it in quotation marks, because, it really only is the 32-bit image, that is the HDR photo.

Other ways of making HDR photos

There are of course other ways of making HDR photos. Another very common way, is to blend the images together, in hand in Photoshop (or Gimp). You then organize your photos as layers in Photoshop, and start mixing them, to get a blend, taking advantage of the complete dynamic range captured. 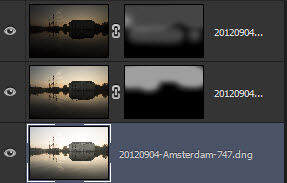 This method of mixing by hand is no less HDR, than using a tone mapper is. Even though it will end up with a different look, and it might require a trained eye, to spot it as an HDR photo. It does not have the ‘HDR look’ and the intensity the tone mapping offers.

Photomatix offers several algorithms in addition to the tone mapping algorithm. Some have special purposes, like real-estate, but what they have in common, is that the fuse the photos together. What these fusion-based algorithms does, is to mix the photos. The tone mapping works on the “sum” of the three original exposures, while the fusion works with mixing the original photos.

Fusion gives more natural looking photos, and without as many nasty artifacts as tone mapping sometimes provide. But, this also limits, what you can do with the photos. They are less flexible and less artistic. 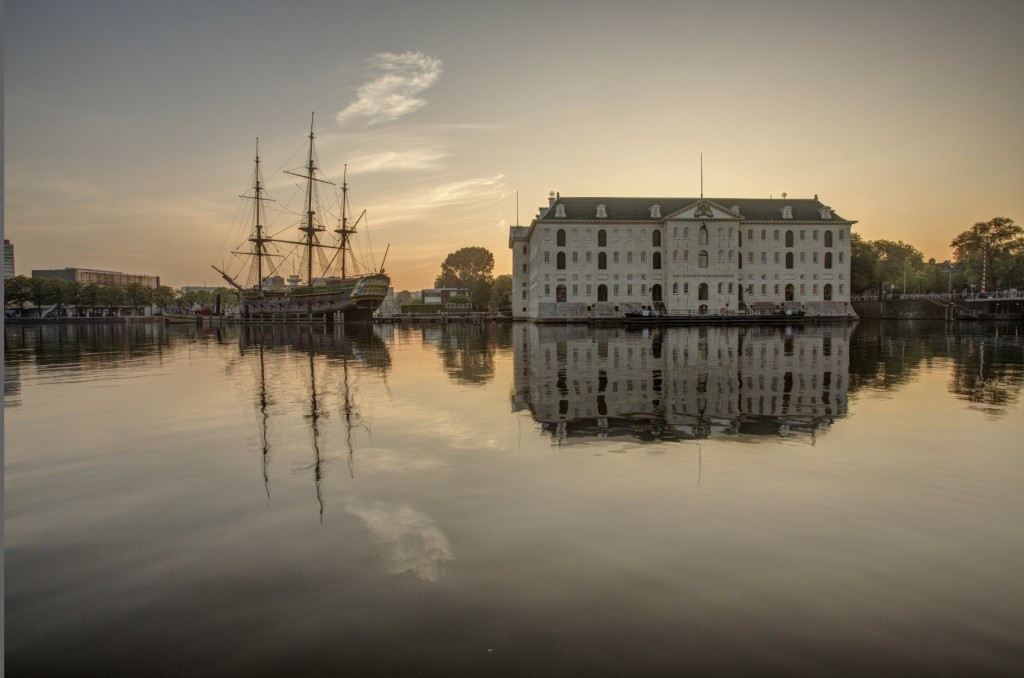 What all methods have in common, is that they combine a set of photos of the same scene, with different exposures, into one photo. An HDR photo. No matter what methods was used.

The fusion methods tend to give HDR photos, that are closer to finished photos.

A number of other methods exists. Some just merge it into a TIFF file, and skip the whole HDR post-processing algorithms, and work with the TIFF as any other ordinary photo. Others work with luminosity masks. Many methods exists, and they each produce specific types of photos.

You maybe heard this expression ‘the HDR look’ or ‘this is HDR’ish’, this is because HDR is associated with a special kind of style (or rather a number of styles). And when the photo start falling into these styles, they are called HDR’ish.

It is (mostly) a tone mapper, that is responsible for making a photo look HDR’ish. The tone mapper has got many parameters, and some of these are quite potent, and will bring your photo to a place you don’t want to bring it. Like this one: 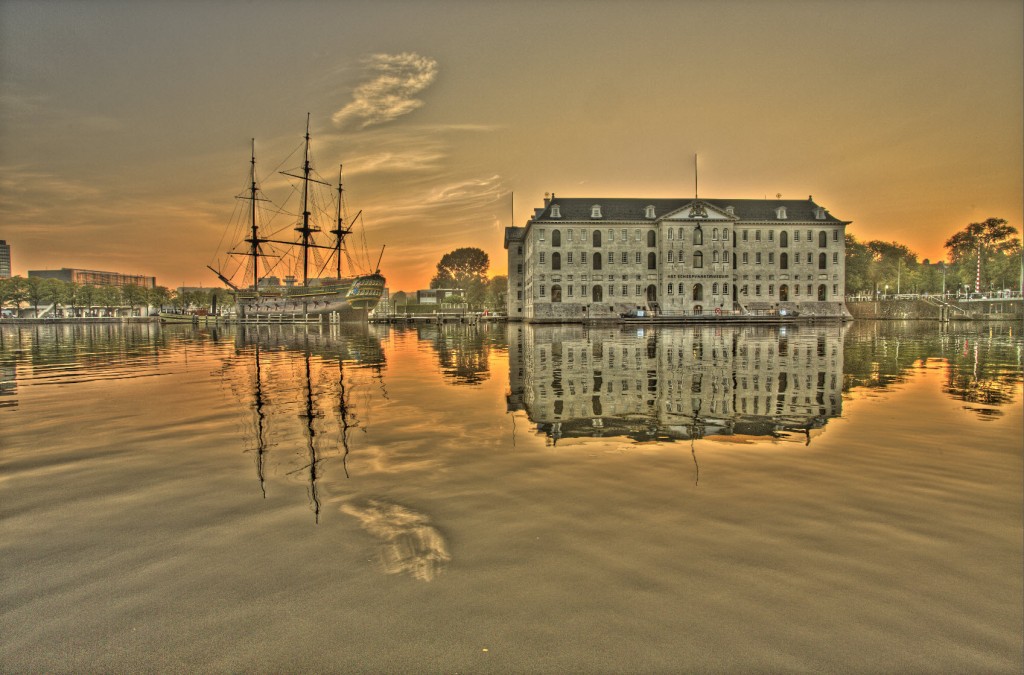 Sometimes The HDR look is meant as something bad, like in the example above. It just doesn’t look good, because it goes over the top. There are nasty halos (brightness around the building and horizon) and strange and very unnatural light in the photo. You do not want to go here.

But you can also do nice photos having The HDR look, like this one:

When I upload my photos to critique based communities, I often get the comment ‘I usually don’t like HDR photos, but yours I like.’ or something like ‘Such a delicate use of HDR’. While I appreciate these comments, and they make me happy, they are also off track. My photos are HDR gone extreme, and what people really don’t like is, is badly processed photos.

One thing, that most HDR software allows, is to knock yourself out, in post-processing. You can go so far extreme, that nobody, even if sitting on Mars using a telescope, would doubt, that the photo has been post-processed. But that does not make it into a great photo. And this is a common mistake for beginners. I have been there too.

It’s like sitting in a race car, you have to learn how to drive it. Yes you can drive fast, but you will wreck the car, if you do not learn to brake before the curves. The same goes with HDR – if you drive fast (use a too strong effect), you must brake harder, in order not to wreck it (you must fix what goes wrong in the HDR process). And this requires some techniques and skills, which I cover in my HDR tutorial.

In order to make great HDR, but still extreme HDR’s, you need do more, than just using a tone mapper. As in the example of the top image. That is a tone mapped image, that has been mixed and blended to remove what was ‘too much’ in the tone mapped image.

In the next article I will cover HDR software and discuss some of the popular tools, and some pros and cons.